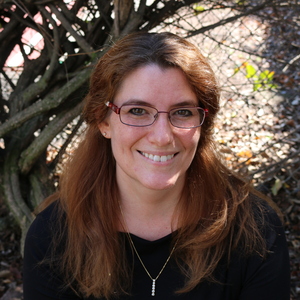 NASA, Exoplanets, and Life After NMSU

Abstract:  Are you interested in learning more about the search for life in the Universe? Or perhaps you may be interested in being awarded time on 10 m telescopes for your science? Or maybe you are ready to learn more about prestigious NASA Postdoctoral Fellowships? This talk will touch on some recent and exciting results in the exoplanet field, as well as the different NASA HQ programs that I currently run for all of astrophysics (many of which may be helpful and applicable to YOU), and the path I took from NMSU to where I am now. 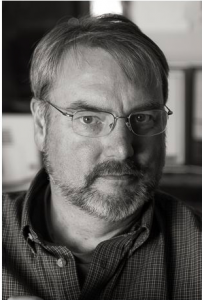 For more than 50 years, we have known that stars rotate quickly when they are young and slow down as they age.  This process gives us important clues about magnetic field strength and geometry, as well as the nature of stellar winds, in solar-like stars.  We have been working to put the analysis of stellar rotation on a modern statistical footing, and in this talk I will give you an update on our efforts.  There are a number of critical observational problems that must be considered in calibrating models of angular momentum loss, especially problems of data censorship (older or less active stars are not detected in studies of rotation).  I will conclude by evaluating the prospects for using stellar rotation as an age indicator, and demonstrate that such ages are far less precise – though still useful – than our group and others have previously claimed. 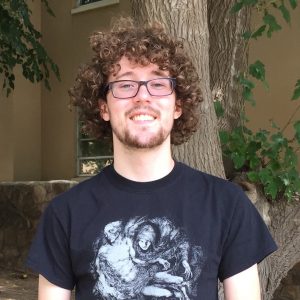 Over the last century, remarkable advances in our understanding of Titan’s atmosphere have been accomplished by a campaign of ground- and space-based observations revealing a wealth of complex, organic species in the moon’s upper atmosphere. Many of Titan’s atmospheric constituents produced through the photochemistry and ionospheric interactions of N2 and CH4 exhibit significant variations with latitude and time, particularly towards the poles and within the winter circumpolar vortex. The measurement of spatial and temporal variations in Titan’s atmosphere enables us to elucidate connections between its dynamics, photochemistry, and the influence of seasonal changes. At the end of the Cassini mission in 2017, we can employ the Atacama Large Millimeter/submillimeter Array (ALMA) for future observations of Titan’s atmosphere. Here we detail the analysis of numerous short integration (~3 minute) ALMA observations from 2012 to 2015 to investigate Titan’s stratospheric composition, temporal variations, and search for new molecular species. Using the Non-linear optimal Estimator for MultivariatE spectral analySIS (NEMESIS) radiative transfer code, we retrieved vertical profiles of temperature and abundance in Titan’s lower stratosphere through mesosphere (~50–550 km) from three spatially independent regions. We modeled CO emission lines to obtain temperature measurements, and retrieved abundance profiles for HCN, HC3N, C3H4, and CH3CN. The combination of integrated flux maps and vertical atmospheric profiles from spatially resolved observations allowed us to study the circulation of Titan’s middle atmosphere during northern spring. We observed increased temperatures in Titan’s stratopause at high northern latitudes and a persistent northern enrichment of HCN, C3H4, and CH3CN during this epoch; however, increased abundances of all molecules in the southern mesosphere, particularly HCN, and spatial maps of HC3N also show evidence for subsidence at the south pole. We validated these measurements through direct comparisons with contemporaneous Cassini data, previous ground-based observations, and photochemical model results. While no new trace species were detected, ALMA has proven to be a highly capable asset to enhance the data from the final few years of the Cassini mission, and for the continued study of Titan’s atmospheric dynamics, composition, and chemistry into Titan’s northern summer. 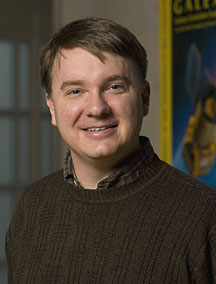 The Legacy ExtraGalactic Ultraviolet Survey (LEGUS) was a Cycle 21 Large Treasury HST program which obtained ~parsec resolution NUV- to I-band WFC3 imaging for 50 nearby, representative star-forming Local Volume galaxies, with a primary goal of linking the scales of star formation from the limit of individual stars, to clusters and associations, eventually up through the hierarchy to giant star forming complexes and galaxy-scale morphological features.

I will review the basics of the survey, public data products and science team results pertaining to clusters and the field star hierarchy.  I will then describe work to optimize photometric selection methods for massive main sequence O star candidates and LBV candidates, in the former case establishing a means to statistically constrain the fraction of O stars in very isolated locales.  I will introduce new ideas on how to quantify the complex spatio-temporal nature of hierarchical star formation using multi-scale clustering methods. The first steps of this work have yielded a landmark OB association database for 36 LEGUS target fields (in 28 of the nearest available galaxies), with tracer stellar populations selected and interpreted uniformly.  I will finish with discussion of a pilot HST program to demonstrate remarkably increased survey efficiency of WFC3 UV imaging enabled by use of extra-wide (X) filter bandpasses.  Such efficiency is required as we move beyond LEGUS and begin to rigorously explore low surface brightness star-forming environments where canonical results for the IMF and cluster formation efficiency are increasingly called into question.

Spatial Curvature, Dark Energy Dynamics, Neither, or Both?

Experiments and observations over the two last decades have persuaded cosmologists that (as yet undetected) dark energy is by far the main component of the energy budget of the current universe. I review a few simple dark energy models and compare their predictions to observational data, to derive dark energy model-parameter constraints and to test consistency of different data sets. I conclude with a list of open cosmological questions. 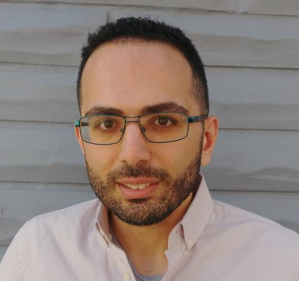 Globular clusters are now well-established to host “Second-generation” stars, which show anomalous abundances in some or all of He, C, N, O, Na, Al, Mg, etc.  The simplest explanations for these phenomena typically require the globular clusters to have been ~20x more massive at birth, and to have been enriched by processes which are not consistent with the theoretical predictions of massive star chemical synthesis models. The library of observations is now a vast one, yet there has been comparatively little progress in understanding how globular clusters could have formed and evolved. In this talk I discuss two new insights into the matter. First, I report on a meta-analysis of globular cluster abundances that combined APOGEE and literature data for 28 globular clusters, new trends with globular cluster mass are identified. I discuss the chemical properties of former globular cluster stars that are now part of the field population, and what can be learned.

The Magdalena Ridge Observatory Interferometer (MROI), a 10-telescope optical/near-IR interferometer in central NM, has been conceived to be the most ambitious optical interferometric array under construction to date. With baselines ranging from 7.8 to 347 meters, and limiting magnitudes of 14 at H band, it will be able to assess many thousands of astronomical targets on spatial scales of 10’s to 0.1’s of milliarcseconds. This is achieved through several careful design choices and trade-offs which should allow the MROI to reach 4-5 magnitudes deeper than similar facilities can achieve today. After over a decade of funding from NRL and the major partner institutions (NM Tech and Cambridge University), new funding was obtained in late 2015 via a Cooperative Agreement between NM Tech and the Air Force Research Lab (AFRL) to bring the facility to a three-interferometer system capable of observing geosynchronous satellites. However, we still maintain an exciting and compelling astronomical portfolio which will produce statistical samples of: YSOs and their surrounding disks, systems dominated by mass-loss and mass-transfer, pulsating stars and binary star systems, and images of the environs of AGN in nearby galaxies. An overview of the major design components of this ambitious imaging machine, recent progress, and plans for MROI for the next 3 years under the AFRL Cooperative Agreement will be presented. 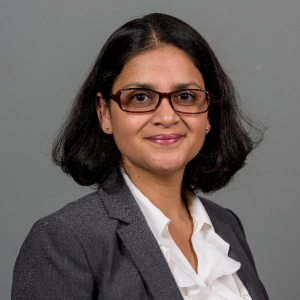 Understanding How Galaxies Reionized the Universe

Identifying the population of galaxies that was responsible for the reionization of the universe is a long-standing quest in astronomy. While young stars can produce large amounts of ionizing photons, the mechanism behind the escape of Lyman continuum photons (wavelength < 912 A) from star-forming regions has eluded us. To identify such galaxies and to understand the process of the escape of Lyman continuum, we present an indirect technique known as the residual flux technique. Using this technique, we identified (and later confirmed) the first low-redshift galaxy that has an escape fraction of ionizing flux of 21%. This leaky galaxy provides us with valuable insights into the physics of starburst-driven feedback. In addition, since direct detection of ionizing flux is impossible at the epoch of reionization, the residual flux technique presents a highly valuable tool for future studies to be conducted with the upcoming large telescopes such as the JWST. 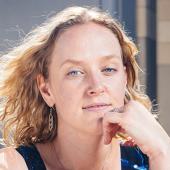 How to Take Pictures of Baby Planets

Of the thousands of known extrasolar planets, why are the dozen or so directly imaged exoplanets among the most important despite their apparently anomalous properties within the general exoplanet population (>10 astronomical units, >2x the mass of Jupiter)? What are the prospects for (and recent successes in) detecting younger, lower-mass and/or closer-in planets via direct imaging? I will discuss the current state of the art in the field of high-contrast imaging of extrasolar planets and the disks of gas and dust from which planets form (“circumstellar disks”). I will place particular emphasis on a subset of objects that host both disks and (likely) planets – the so-called “transitional disks”. These young circumstellar disks are almost certainly actively undergoing planet formation, and yet the presence of disk material complicates our ability to isolate light from planets and/or protoplanets embedded within them. I will end by discussing recent results from the Giant Accreting Protoplanet Survey (GAPplanetS) of 15 southern-hemisphere transition disks. The GAPlanetS survey aims to find protoplanets embedded in transitional disks through a distinctive signature at hydrogen wavelengths, and has so far discovered: 2-3 planets, 1 accreting M-dwarf stellar companion, and 1 disk feature masquerading as a planet. 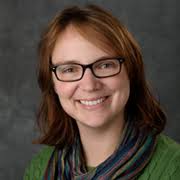 Over the past few years, a revolution has been taking place in our understanding of classical novae, largely driven by the discovery of GeV gamma-rays emanating from these garden-variety explosions. These gamma-rays hint that shocks are energetically important—perhaps even dominant—in novae. I will present our burgeoning understanding of shocks in novae, from both multi-wavelength observational and theoretical perspectives, and illustrate how novae can be used as testbeds to understand other shock-powered explosions.