The Sun generates a solar wind of particles which propagate throughout the solar system and can be modeled using magnetohydrodynamics and in situ spacecraft data. This solar wind is known to interact with the ionospheres and upper atmospheres of terrestrial planets, thus contributing to their atmospheric evolution. Atmospheric stripping, the process of ionizing particles such that they escape the atmosphere of a planet, is an essential component in atmospheric evolution. One feature of the solar wind is a stream interaction region (SIR), which is created when multiple solar wind streams are compressed to create regions with higher densities, stronger magnetic fields, and steeper velocity profiles. The effects of high energy solar events, like coronal mass ejections and flares, have been shown to contribute to atmospheric stripping, but lower energy events, such as SIRs, have not been studied in detail. These lower energy events are far more common and present throughout the entire solar cycle. Thus, while less intense, SIRs provide an equally important, but poorly understood, source of planetary atmospheric erosion. Venus and Mars are ideal targets for studying atmospheric erosion via SIRs due to their lack of an intrinsic magnetic field, similar atmospheric compositions, sufficient orbital spacing (0.7 AU and 1.5 AU, respectively), and known auroral emission. Both the auroral emission intensity and altitude are dependent on the energy of the solar wind, meaning it can be used as a tracer for space weather conditions. Most current solar wind models primarily make use of steady-state solutions, which fail to account for evolution in the photosphere, and consequently the corona, over time. As such, the models may be producing solar wind measurements in the vicinity of Venus and Mars that are misleading. This work will utilize a new time-dependent solar wind model to capture solar wind and SIR evolution, providing constraints on the influence of SIRs on terrestrial planet atmospheres. Utilizing in situ data from multiple heliocentric distances, this work will improve the model’s ability to make accurate predictions and help determine conditions where the solar wind may be responsible for atmospheric emission. Hence, this research will improve the understanding of solar wind evolution throughout the inner solar system and allow us to accurately characterize the effects of solar wind variability on terrestrial planet atmospheres. 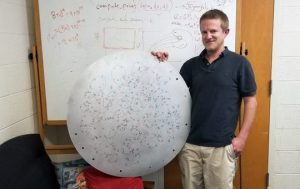 We report on spectroscopy of exotic B-type emission line (Be) stars and chemically peculiar (CP) stars in the near-infrared (NIR) H-band, using data provided by the Apache Point Observatory Galactic Evolution Experiment, one of the sub-surveys of the Sloan Digital Sky Survey (SDSS). Between 2011-2020, SDSS/APOGEE has observed more than a million stars in the Milky Way Galaxy (MW), with roughly 10% of the targets being hot, blue stars that serve as telluric absorption standard stars (TSS). The TSS are selected mostly on the basis of having blue raw J-K color indices with no preference for any particular spectral type that might be known from optical spectroscopy. This targeting strategy has led to the TSS being a mixed bag, with those observed in the MW Halo typically being F-type stars that are only slightly more massive than the Sun, and with those observed in the MW Disk and Bulge being OBA-type stars of a few up to 20 times the mass of the Sun. While the vast majority of the TSS are superficially normal main sequence stars, the inclusion of large numbers of Be and CP stars has serendipitously resulted in the largest ever homogeneous spectroscopic surveys of these stellar classes, both of which present observational anomalies that remain very poorly understand despite more than a hundred years of research. Prior to SDSS/APOGEE, the H-band spectra of Be and CP stars had only been discussed in a handful of studies, all of which used small numbers of spectra of considerably lower resolution than the R=22,500 of the APOGEE instruments. The material presented in this thesis therefore represents the first ever detailed studies of Be and CP stars in the H-band, while also greatly expanding the known samples through discovery of many hundreds of new examples. 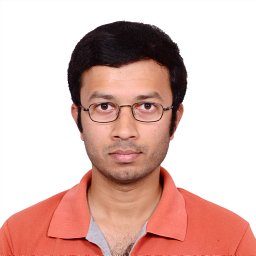 Abstract: A major shortcoming in ionization analysis of QSO absorption line systems is that absorbers are often characterized by a single value of metallicity and density obtained by grouping all the components together. We have developed a new method to rectify this problem that performs component-by-component, multiphase ionization modeling of absorption systems. In this talk, I will be presenting our method that performs both photoionization and collisional ionization modeling of QSO absorption lines with Cloudy and extracts their physical properties by Bayesian modeling techniques. This method makes use of “Optimizing” ions to trace the different phases present in an absorption system. Temperature derived from the Cloudy modeling of “optimized” ions is used to constrain the doppler broadening parameter for hydrogen and other observed transitions seen in the spectra. Our methods also provide uncertainties on the derived properties. I will illustrate the method for four weak low ionization absorbers and compare to results of traditional methods, and discuss the potential and limitations of the method.

What Processes Control The Surface Composition of Miranda?

Abstract: If planets are massive enough during their formation within the gaseous circumstellar disk, they will be surrounded by their own disk, the so-called circumplanetary disk. This subdisk (small disk, within the circumstellar disk) regulates the gas + dust flow to the nascent planet, hence influencing its accretion rate and how big the planet can grow by the end of the formation phase. The circumplanetary disk is also a place where the satellite-system assembles, like a scaled-down version of planet-formation within the circumstellar disk. During my talk I will show what we learned about the circumplanetary disk from thermo-hydrodynamic simulations, e.g. what planetary mass is enough to form this disk, how we can detect them, and what type of satellites might form within them. I will connect these with the formation of the Solar System gas/ice giant planets, as well as their satellite-system formation.