A Multi-Wavelength Study of the Evolution of Solar Flares 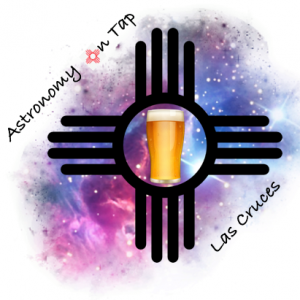 Join us for the second round of Astronomy on Tap: Las Cruces! Join local astronomers from the NMSU Astronomy Department for a night of fun, accessible space-related presentations, games, and prizes.

The Sun generates a solar wind of particles which propagate throughout the solar system and can be modeled using magnetohydrodynamics and in situ spacecraft data. This solar wind is known to interact with the ionospheres and upper atmospheres of terrestrial planets, thus contributing to their atmospheric evolution. Atmospheric stripping, the process of ionizing particles such that they escape the atmosphere of a planet, is an essential component in atmospheric evolution. One feature of the solar wind is a stream interaction region (SIR), which is created when multiple solar wind streams are compressed to create regions with higher densities, stronger magnetic fields, and steeper velocity profiles. The effects of high energy solar events, like coronal mass ejections and flares, have been shown to contribute to atmospheric stripping, but lower energy events, such as SIRs, have not been studied in detail. These lower energy events are far more common and present throughout the entire solar cycle. Thus, while less intense, SIRs provide an equally important, but poorly understood, source of planetary atmospheric erosion. Venus and Mars are ideal targets for studying atmospheric erosion via SIRs due to their lack of an intrinsic magnetic field, similar atmospheric compositions, sufficient orbital spacing (0.7 AU and 1.5 AU, respectively), and known auroral emission. Both the auroral emission intensity and altitude are dependent on the energy of the solar wind, meaning it can be used as a tracer for space weather conditions. Most current solar wind models primarily make use of steady-state solutions, which fail to account for evolution in the photosphere, and consequently the corona, over time. As such, the models may be producing solar wind measurements in the vicinity of Venus and Mars that are misleading. This work will utilize a new time-dependent solar wind model to capture solar wind and SIR evolution, providing constraints on the influence of SIRs on terrestrial planet atmospheres. Utilizing in situ data from multiple heliocentric distances, this work will improve the model’s ability to make accurate predictions and help determine conditions where the solar wind may be responsible for atmospheric emission. Hence, this research will improve the understanding of solar wind evolution throughout the inner solar system and allow us to accurately characterize the effects of solar wind variability on terrestrial planet atmospheres.

What Processes Control The Surface Composition of Miranda?